Cost effective serving of legal papers in France for documents originating in the United Kingdom, USA and other jurisdictions 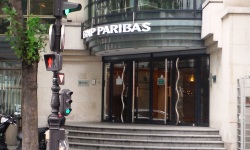 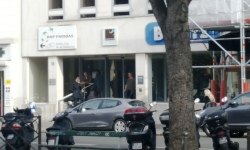 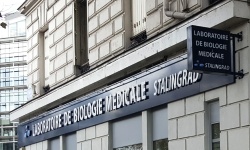 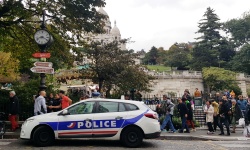 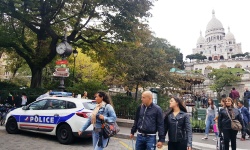 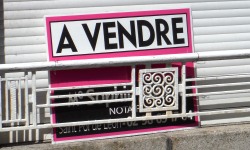 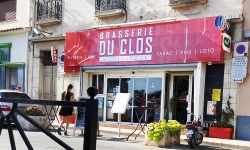 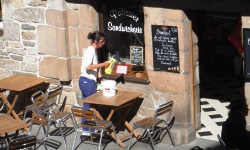 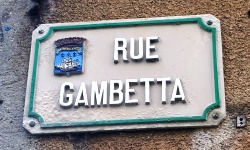 The vagaries of the French Legal system mean that process service of English legal documents is expensive and cost-prohibitive. Consequently, it is often cheaper, if the documents are sourced in a UK court, for one of our process servers to travel from England to effect service, a matter we have conducted in Paris, Calais and other towns. Transport routes from local airports, London (Eurostar). Portsmouth and Dover are all near our office sites with low-cost travel

Notes on Process Service in France:

The 15 November 1965 Hague Convention on Service Abroad of Judicial and Extra-Judicial Documents in Civil or Commercial Matters sets several options for service of process. So does EC Regulation 1393/2007. These options include, inter-alia:

The Hague Convention's public channel is time-consuming, since it is processed through the Government's Administration. No option for expedited service exists. The Public Service channel is free of charge and has no taxes, but you must arrange for the paperwork to be translated into French, pay a Court bailiff's fees and any other disbursements, including Value Added Tax. The contents of your documents is inspected by a French State's representative for legality and conformity to internal laws and therefore your paperwork is not kept strictly confidential.

If using the centralised channel, one must bear in mind that all documents are, in principle, to be translated into French by a Certified Court translator. Pursuant to article 5 of the Convention, if the documents being served are not translated, service can be denied. In addition, it is common for the Defendant to be given the option of refusing service due to lack of translation and, in that instance, documents would not be served. Documents must be accepted voluntarily by the defendant or your efforts will be lost.

Direct service is preferable, because it is faster, usually less expensive (it does not requires translation as expressly allowed by Article 688.6 of the New Code of Civil Procedure), the documents will not be submitted to inspection by French Judicial authorities and will be kept confidential

Using the services of a local English-speaking attorney offers many advantages: Your documents come directly to us and to our network of selected local licensed process servers, thus saving you time and costs. We will provide you with a Proof of Service in the form of an Affidavit, in English, at no extra cost.

When a corporation or physical person located outside or within Western Europe (the "Non-French Plaintiff") contemplates bring a legal action again a corporation or physical person located in France (the "French Defendant"), legal counsel of the Non-French Plaintiff will need to advise his client as the relative advantages and disadvantages of bringing the action outside France or in France.

Assuming that the decision is made to commence the proceeding before a court located outside France, it is important that service of process be effected in France a timely manner to avoid an issue of litis pendence.

The purpose of this note is to assist non-French legal counsel for a Non-French Plaintiff in avoiding certain common pitfalls with respect to service of process in France.

The November 15, 1965 Hague Convention on the Service Abroad of Judicial and Extra-Judicial Documents in Civil or Commercial Matters should be reviewed with care. Article 5 of the convention sets forth the non-exhaustive options for service of process:

The Central Authority of the State addressed shall itself serve the document or shall arrange to have it served by an appropriate agency, either-

Subject to subparagraph (b) of the first paragraph of this Article, the document may always be served by delivery to an addressee who accepts it voluntarily.

That part of the request, in the form attached to the present Convention, which contains a summary of the document to be served, shall be served with the document.

Even if service is to be effected through a "Central Authority", the summary referred to in the last paragraph of Article 5 should not be overlooked. Attached is bi-lingual (English/French) summary to be completed in both English and French when using the Central Authority for service in France . An example of a completed bi-lingual (English/French) summary used when serving a defendant in the United States is also available ().

While the Hague Convention permits service by government-to-government, Article 5 (b) permits service of process in the manner proscribed in the the laws of the country where service is to be effected. As any Central Authority (government-to-government) services are generally slow and and the feedback even slower, it is may be prudent to effect service of the papers in France using a French huissier (a French bailiff).

Unless legal counsel of the Non-French Plaintiff is accustomed to selecting and working with French huissiers (French bailiffs), the use of local French counsel may be a justified added expense.

Article 10 of the November 15, 1965 Hague Convention on the Service Abroad of Judicial and Extra-Judicial Documents in Civil or Commercial Matters provides a second, non-exclusive option for service of process:

Provided the State of destination does not object, the present Convention shall not interfere with -

Thus, it is possible to use an English process server without using the services of the Central Authority. This second alternative permits off-shore lead counsel and such counsel's local French counsel to avoid a number of potential defects in service of process in France which may otherwise go unidentified until exequatur is sought may years and tens of thousands of Dollars/Pounds later.

Language of Documents and Translations

Assuming that the original summons is not in French, it is recommended that a translation be attached, as the French Defendant may otherwise successfully claim that the service was not valid by invoking the terms of Article 688-6 of the French "Code of Civil Procedure".

The process shall be notified in the language of the originating State.

Notwithstanding the above, the addressee who does not know the language in which the process is drawn may refuse the notification thereof and ask that it be translated or be subjoined with a translation in the French language at the instance and at the expense of the petitioner.

The ultimate favourable results in international litigation and also in settlement negotiations are often determined by successful, judicious forum shopping.

Non-French legal counsel for a Non-French Plaintiff should not assume that selecting a non-French judicial forum will lead to the best result, as, inter alia, French courts may, by application of French internal law, refuse to enforce (grant exequatur of) certain foreign final and executory judgments. Accordingly, if the prospective defendant is French, the choice of forum issue should normally be discussed with French counsel.

Once the informed decision is reached to select a non-French judicial forum will lead to the best result, it is important that the French defendant be validly served first. Failure to effect valid service on the first try could offer the French defendant the possibility of serving the Non-French Plaintiff "first" and thereby creating a situation of litis pendence in France, thereby possibly denying the Non-French Plaintiff the home court advantage which his counsel deemed preferable.

Procedures Followed by French Bailiffs when Effecting Service of Process

French bailiffs (huissiers de justice) have a statutory monopoly on the right to effect service of process in France.

When a French bailiff serves a summon notifying a person or a corporation in France that he/it has been sued in France or in another county, such process process server must follow certain statutory requirement. The most important statutory provision are set forth in Articles 648 - 659 of the Code of Civil Procedure ("CPC").

N.B.: When preparing a summons to be served in France, counsel should read with care Articles 648 of the CPC as it lists certain information which should be contained in the summons.

Hague Forms. The Hague Service Convention provides that a set of three model forms ("Request," "Certificate," "Summary of the Document to be Served,") and one recommended form ("Notice") must accompany the documents to be served. These forms are designed to summarize the key contents of the court documents and guide the defendant to the appropriate action.

At present, service of foreign pleadings by fax or e-mail is not valid.

Caveat: Certain types of substituted service and mailbox service which are routinely effected under French law may be deemed insufficient under UK law.

Who effects service: a court bailiff ("huissier de justice"), clerk of the court ("greffe"), policeman, gendarme, or postman (depending upon the method of service employed).

Service through the alternative channels

France has filed the following declarations with respect to the alternative channels of Hague service:

With regard to direct service by postal channel:

France does not object to service by postal channel.

Caveat: Mail service pursuant to the Hague Service Convention is fraught with problems, including potential problems with later enforcement of UK judgments in the destination state-even when the destination state has not objected to such service. UK courts are also split regarding propriety of mail service under the Convention. UK plaintiffs are advised to proceed with caution when employing this channel.

With regard to direct service by a judicial officer, official or other competent person of the destination state:

France does not object to service by judicial officer. The judicial officer is the resident bailiff of the court or process server of first instance in whose jurisdiction the defendant is domiciled.

Caveat: "Judicial officer," "official" or "competent person" are terms defined under the laws of the destination state, not under the laws of the requesting state. In France, private process service is unknown, and only "huissiers de justice"(court bailiffs) are empowered to serve process pursuant to Article 10. French attorneys (other than "huissiers"), detectives, policemen or private persons are not so empowered and service effected by such persons is improper. (For further information, see Service by Judicial Officers.)

In the absence of a declaration to the contrary, France has asserted that the Hague Service Convention applies to the entire territory of the French Republic. Consequently, in addition to Metropolitan France and its Overseas Departments (French Guyana, Guadeloupe, Reunion and Martinique), France has extended the Hague Service Convention to all other French overseas territories

Private Investigation in France of matters legal, corporate and private 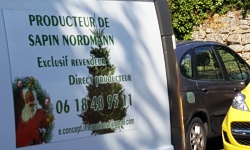 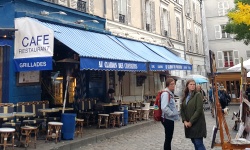 Private Detective working in Nice, France and throughout the French Riviera 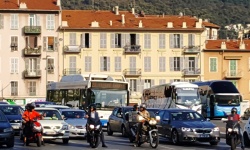 Surveillance, Process Serving and other assignments in Brittany 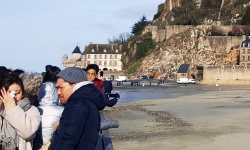 The intricacies of the French and Italian Rivieras mean specialist investigation 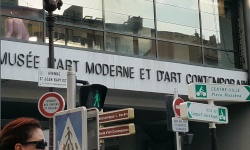 Tracking down people in Corsica and other work on the island, with local contact 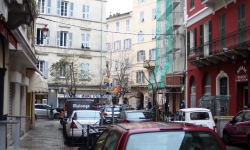 Serving legal papers in Nantes, La Rochelle and The Vendée regions of the West coast of France 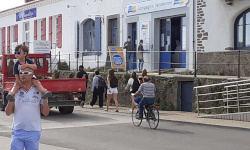