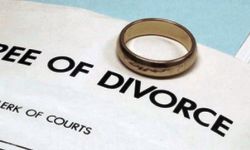 New legislation means that couples who are divorcing may no longer expect a 50:50 split of assets

The legislation is being introduced in an attempt to cut the legal costs of the 300,000 people who go through the divorce courts each year. It is not uncommon for the costs of actions to exceed the value of all the couple's assets. The aim is to promote fairness rather than an equal split - which may mean that in-depth investigative work is needed when one half of a couple does not honestly disclose the value of their assets

HUSBAND'S VICTORY AS COURT RULES ON ‘INSULTING' DIVORCES A FORMER banker has been awarded a greater share of his divorce settlement which originally gave 65 percent of the family assets to his ex-wife. William Murphy returned to the courts claiming that he had been left with only £450,000 of his £3 million fortune. He said he was not given equal treatment when the settlement was made. Lord Justice Thorpe, in the Court of Appeal, ruled in favour of Mr Murphy, who used to work for Salomon brothers in New York and Merrill Lynch in London . He will now get a total of almost £820,000 after his former wife's share of the settlement was cut from £1.9 million by nearly £400,000. He can also claim back the legal costs of the case. The judgement comes after a leading family lawyer called for an end to court rulings that left wives living in comfort on their husband's money. Baroness Deech, the chairman of the bar standards board, who is professor of law at Gresham college, said handing a husband's wealth to the wife after a short childless marriage was demeaning to women who were fully capable of work. The Court of Appeal also overturned the ruling of the family division judge Mrs Justice Parker who had decided that Mr Murphy had wasted £2 million of the family assets after separation from his wife Helene in 2006. They divorced in 2008. The appeal court ruled that there was no evidence to support the accusation and it was “unfair to the husband”. Lord Justice Thorpe, who headed a panel of three appeal Judges, said the couple met in New York where they were both working in 1997. When he was posted to London , she gave up her job to follow him. They married in Ireland in 1998 and separated in 2006. The couple, both in their early 40s, had no children. Mr Murphy was a “high earner” in the banking world until 2004 when he left Merrill Lynch because he wanted to “downsize”. He has not had a paid job since. The high court hearing was told that the couple had enjoyed a lavish lifestyle and lived in a £7 million house in Chelsea , west London . The battle over the assets of the marriage went on for two years. Lord Justice Thorpe said Mr Murphy's legal team pointed out to Mrs. Justice Parker that she had relied on evidence from the wife's lawyers that he had wasted £2 million of the assets after they separated. The husband's team asserted the danger of the Judge's reliance on a schedule (of expenditure) which was not supported by evidence and which was plainly wrong in some instances. “The husband asserted he has no prospects for the future but the judge roundly rejected that. Mrs Justice Parker rejected these points and did not amend her final judgement, said the appeal judge.

Lord Justice Thorpe said that the unequal share of the assets could be justified as a price the husband must pay for a clean break and to recognise the disparity in future earning capacity and access to capital. Lady Justice Smith and Lord Justice Pattern agreed with the ruling 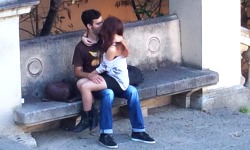 Discretion is a watchword, especially when handling a delicate issue for private clients. Observation will help you to get to the truth of a matter 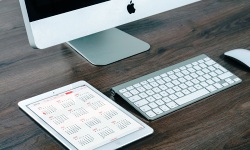 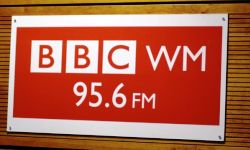 One of our Private Detectives talks to BBC Radio's Caroline Martin on her professional perspective of the often asked question: "Why do Men Cheat?"