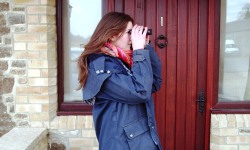 "After three years at Canterbury University I was looking for a job that was a little "different". Picking up the local paper I saw an advert for a trainee Private Eye - not the "usual" sort of profession! Having sent off a CV and being interviewed, 24 hours later I found myself starting work - I don't think I really had time to stop and realise quite what I had let myself in for. From one advert Answers had received something like 60 applications; I couldn't help thinking, from time to time: "why me?"

From being interviewed on a Monday, I started on Tuesday. First morning was a (pre-arranged) late start at 10.00 a.m. I am not sure quite what I expected, but it certainly wasn't finding myself jumping into the passenger seat of a car 20 minutes later and bombing up a Motorway to run as second on a rush-job surveillance. Having quickly discovered the realities of sitting around for an hour waiting to spot a car I was pretty pleased that it was me who saw it first. As luck would have it, the person under surveillance chose to eat in rather a nice restaurant which meant (oh, isn't life hard?) being forced to eat in the same restaurant at the next table"

"At other times, the realities of lunch set in quickly - it's more likely to be a grabbed sandwich in the office or car. People on the outside probably have visions of cars and surveillance but there is always a lot of background work to be done. I enjoyed research when I was studying for my degree and it pays off now, whether it involves tracing people or preparing the ground for an operation. One of the most important aspects is attention to detail - I may not have a tidy desk, but I do have a tidy mind"

"You do need a slight sense of the absurd - some of the contrasts are immense. Variety can mean - as recently - handling an observation in an inner-city area on a Thursday yet on a Monday getting up before dawn to travel to Paris! While the latter may seem unusual, the complexities of French law (and the ease of Eurostar) mean it is cheaper for someone to travel from England than it is to contract a local French investigator"

"On the upside, I'm 22, reasonably well educated, an adult. On the downside, I'll be honest - I look young; in my social life that often - to my frequent embarrassment - means having to produce Age ID in pubs and clubs. Working here, it means having to don school uniform and pass myself off as 15 in order to age check off-licences and pubs. Answers run a programme doing just this for the licensed trade - clients use the service as a means of beefing up their internal training. One would think you wouldn't have a hope of getting served looking like a kid after school but it is incredible how blasé some pub managers can be!" 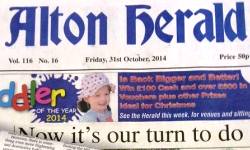