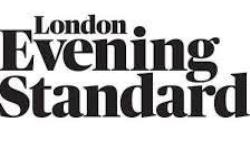 Banker, broker, trader, spy - the private investigators who have the city under surveillance

Secretaries spying on the side, sandwich delivery boys who aren’t what they seem… big businesses are employing ever sneakier methods to catch out rogue traders and misbehaving managers
24 August 2012

The ‘sandwich delivery man’: a mobile lifeline providing brunch for a busy morning in the City. Grab a bite, eat at your desk, barely break your stride. It’s what any number of hard-pushed, deadline-focused bankers and traders rely on to get through the day. Only, never before has their bagel been followed by a P45 and a court date

With costs needing to be cut —the number of available banking and insurance jobs declined for the eighteenth month in a row last week — City employers are increasingly using creative means to ditch underperforming, crooked or unwanted staff. They are now turning to private investigators, in all sorts of disguises, to dig up dirt to ensure they can axe staff cleanly and without it reaching court

These City sleuths are already undercover, catching employees misbehaving. Last year, a City recruitment manager on a six-figure salary quietly set up on his own, illicitly downloading his employer’s private database to give his new business a leg-up. While his company suspected the breach of contract, it wasn’t until they hired investigator Andrew Cross of Answers Investigation — dressed as a sandwich vendor, complete with hairnet and catering van — that the net finally closed. He reveals: ‘We needed to gain access legally to this independent office he’d set up. So we created an entirely fictitious sandwich delivery company — flyers, menus, a price list and free samples — in order to be invited in. Once inside, we made out like we were actually a struggling, novice business and, as he was such a success, casually sought his advice. Without much prompting, he leaned back in his chair and began to preach his business sermon, eventually bragging about his “good old company database”. With that on tape, he was finished.’ The recruitment manager was fined, banned from his line of work for a year and lost his leaving settlement. City private investigators can work from glossy home bureaux or stark portable buildings on East London industrial estates. But primarily they work on their feet, taking on the guise most likely to ensnare a victim — barman, cleaner, an ordinary City suit — even decking out in full-on Lycra to kayak alongside one businessman’s personal yacht. Private investigators need no qualifications or licence; many fall in from military or police backgrounds. The more successful crews work in teams that blend all skill sets: surveillance, IT knowledge, intelligence gathering. The only rules they need to abide by are the laws of the land — trespass, data protection and criminal law — and their own moral code

They can get paid from as little as a few hundred pounds for a ‘quick kill’ to hundreds of thousands of pounds for a year-long sting. Private investigation in the City is its own cottage enterprise; this year’s Libor scandal really gathered pace once emails sent between Bollinger-swilling traders were uncovered. As far back as 2006, Hewlett-Packard in the US had to explain why it had hired investigators to obtain personal phone records of non-executive board directors while searching for a mole

Cross reveals that this sort of subterfuge is increasingly common. He regularly sweeps offices for bugs placed by staff seeking to gain lucrative information, though much of his job is to find ordinary employees in breach of contracts. In fact, almost anything held within a contract can be investigated, even personal relationships. ‘Some staff in privileged positions will have clauses in their contracts to prevent them from having relationships with fellow staff because it can have a detrimental effect on the company. We uncovered two women who worked in financial security having a relationship. One kept arriving at work from the other’s house — within a short time, we had surveillance and expenses to demonstrate where they’d been. They were then sacked.’

Not that investigators always need to use clever means to catch people out; other threats lurk closer to home. ‘Facebook is the new window employers use to spy on staff, even if they never access it on a work computer,’ says Cross. ‘You can still have added a mole to your inner circle. Suppose there is a reasonably nice secretary who everyone gets on with in the office. She could be asked to befriend everyone in the workplace on Facebook and report back any bad behaviour for rewards. Also, with the job market so stagnant, don’t underestimate a colleague selling you out — most people know they can only move up if someone else gets out of the way first. Plenty of cases are cracked because someone turned in a mate.’

Other investigations are of an even more illicit nature. One smartly dressed investigator, who wishes to keep his identity secret, tells of tracking a trader suspected of wildly fiddling his expenses to fund gambling and drinking habits. There was little evidence that his mammoth binges hadn’t actually been spent entertaining multiple clients, as he suggested, and so an investigator was brought in. ‘Remarkably,’ says our anonymous gumshoe, ‘while his work output had dipped because of these binges, it wasn’t enough to give him the boot. Having tracked him for a while, we discovered he liked the company of a nightclub hostess in a private members’ club. Once we had that information, we simply paid her to detail exactly who he was really entertaining — ie, himself — and his bosses put the whole lot to him. He confessed it all and left, sans payout.’

In the City’s years of excess, such behaviour might have been tolerated. Payouts are crippling the big banks — RBS will pay out an estimated £1 billion in redundancy costs to staff this year. Now, in such straitened times, big banks and financial institutions are seeking to dispose of staff without providing a cushy payout. Fraser Younson, partner and head of the employment team at City law firm Berwin Leighton Paisner, says City firms now have to pull up the drawbridge when it comes to payouts. ‘Pre-2008, employers were more willing to make a quick severance payment to get rid of the issue. Things have now changed significantly, employers are becoming far more robust when dealing with irregularities by their employees and noticeably tougher on making ex-gratia severance payments to buy off claims.’

But while the City is having to cut costs, many employees are still keen to lead the high life. Dishonest actions by staff, to gain benefit by theft or deception, rose by 41 per cent in the past year, according to data released by CIFAS (the UK’s fraud prevention service). And fraud — eg, recording fictitious revenues or fiddling expenses — committed by company managers was the fastest-growing area last year, up 30 per cent against 2010, according to KPMG’s 2011 Fraud Barometer report. It’s no wonder the big banks are turning to private investigators when it comes to catching everything from wholesale fraud to casual time-wasting.

To pull the trigger on cheating staff, big financial institutions must get their hands on hard facts first; HR departments will keep every phone call and email for five years on outsourced computer databases, knowing every web impression on a staff machine, right down to the number of key strokes a member of staff makes in a day. Sometimes, though, even this isn’t access enough, says our unnamed investigator. ‘Some of these companies expect us to poke a lens through a window or kick down doors, but we don’t do that, for our own good as well as the company’s. Privacy laws mean you couldn’t, for instance, peer over a fence to catch someone sunbathing who claims to be on their sick bed. However, once they set foot outside the front door, we can happily follow someone all day for weeks. I track people to the gym, to visit a mistress… I’ve even sat incognito at the back of a church wedding as part of the surveillance in one corporate case.’

Now human resources departments, in good times charged with keeping bloated numbers happy, are expected to find more ways to ditch unwanted staff cheaply, says City commentator David Buik. ‘Nobody would admit to it but most big banks will get rid of at least five per cent of staff at the end of each year. This is easy to do legitimately but you always need a reason and that’s where HR comes in. They used to be a tiny cog in a large machine; these days HR departments have their own floor, the head of which will be one of the best-paid people in the company. Their job is now to get overall staff numbers down and if they have a reason to fire someone, they’ll do it.’

City high-flyers even talk about what’s called an ‘unlucky list’: people who get sacked in early December so that the banks won’t have to pay them a bonus. This is common practice, reveals former analyst Geraint Anderson, author of the financial novel Payback Time. ‘Banks know that if you get fired for “gross misconduct”, you forfeit all your deferred bonuses. I have seen colleagues kicked out in December for minor expenses fiddling, front-running — when you tell clients about a research note before it’s been published — and other such small infringements.’

Very often, though, while HR may have suspicions of worker foul play and can exhaustively track someone’s movements online and inside the building, they need some extra help outside of it. As employee contracts become even more watertight in favour of employers, screening and background checks by outside agencies are occasionally carried out with the employee’s own permission, years after they were actually hired. Rupert Emson, CEO of Vero Screening, explains: ‘A company could roll out random sample screening of their entire staff. Employers will occasionally be made aware of “hearsay” information relating to an employee, which they ask us to verify via media and internet searches.’

The screenings can yield all sorts of information, says Emson. ‘One candidate had falsified their work experience to such an extent that they had set up a fake company, including a website, so that it was themself who was approached to provide a reference. Another international candidate was offered a position as a senior lawyer at a City law firm but checks revealed they were not even qualified and had presented forged certificates. Evidently no previous UK employers had ever checked.’ Life in the City has always been dog eat dog; now it’s more important than ever to watch your back. And your sandwiches 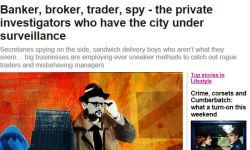 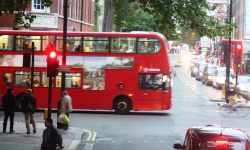 Tackling investigation in business on behalf of London companies 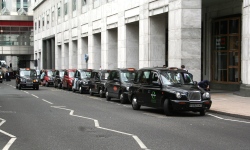