London: 020 7158 0332
Surrey: 01483 200999
Hampshire: 01252 308475
Answers Investigation feature in this story from the Daily Telegraph, mentioning our work working on behalf of clients involved in Employment Tribunals, in this instance, employing computer forensic investigation - click here for the pdf version of this story. Call us on 020 7158 0332 . Answers Investigation have local sites in Surrey, in London, & in Hampshire & other locations across the UK. Email us at info@private-detectives.co.uk. 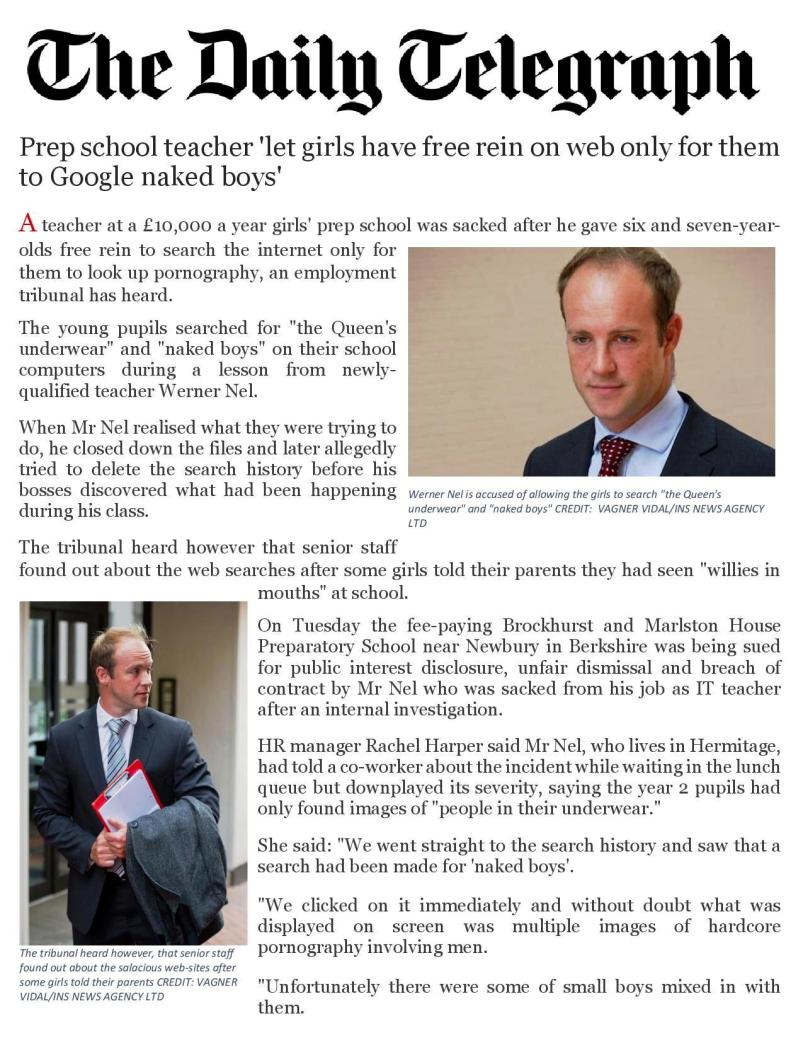 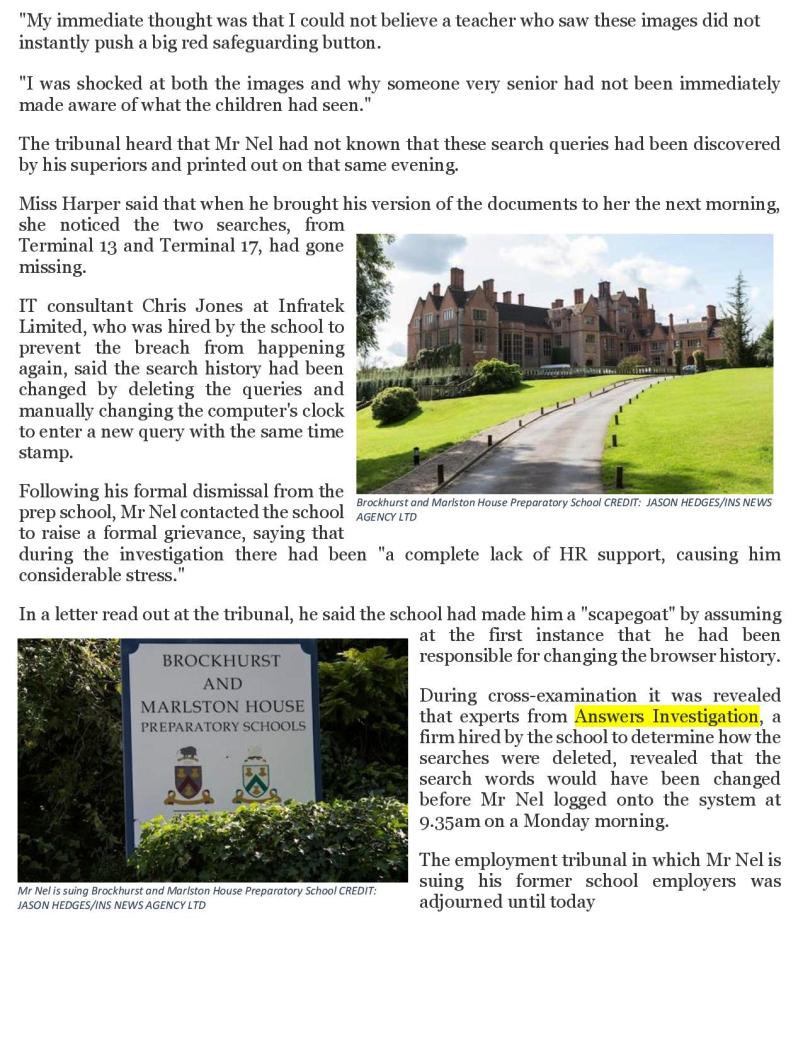 A teacher at a £10,000 a year girls' prep school was sacked after he gave six and seven-year-olds free rein to search the internet only for them to look up pornography, an employment tribunal has heard

When Mr Nel realised what they were trying to do, he closed down the files and later allegedly tried to delete the search history before his bosses discovered what had been happening during his class

On Tuesday the fee-paying Brockhurst and Marlston House Preparatory School near Newbury in Berkshire was being sued for public interest disclosure, unfair dismissal and breach of contract by Mr Nel who was sacked from his job as IT teacher after an internal investigation

HR manager Rachel Harper said Mr Nel, who lives in Hermitage, had told a co-worker about the incident while waiting in the lunch queue but downplayed its severity, saying the year 2 pupils had only found images of "people in their underwear."

She said: "We went straight to the search history and saw that a search had been made for 'naked boys'

"Unfortunately there were some of small boys mixed in with them

"I was shocked at both the images and why someone very senior had not been immediately made aware of what the children had seen."

Miss Harper said that when he brought his version of the documents to her the next morning, she noticed the two searches, from Terminal 13 and Terminal 17, had gone missing

Following his formal dismissal from the prep school, Mr Nel contacted the school to raise a formal grievance, saying that during the investigation there had been "a complete lack of HR support, causing him considerable stress."

In a letter read out at the tribunal, he said the school had made him a "scapegoat" by assuming at the first instance that he had been responsible for changing the browser history

During cross-examination it was revealed that experts from Answers Investigation, a firm hired by the school to determine how the searches were deleted, revealed that the search words would have been changed before Mr Nel logged onto the system at 9.35am on a Monday morning 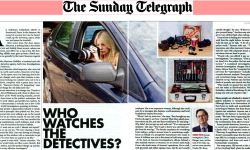